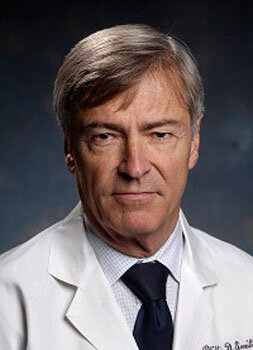 Publications: Dr. Smith’s publication has just been accepted by Nature and more info when published.

Gastroenterology: “Eradication of the Helicobacter pylori in Children Restores the Structure of the Gastric Bacterial Community to That of Noninfected Children”

BIRMINGHAM, Ala. – Gastric cancer — or stomach cancer — typically affects older people with an average age of 69 years. But new research from the University of Alabama at Birmingham shows children may hold the answer to how to stop this disease.

The DeGregorio Family Foundation for Gastric and Esophageal Cancer Research has selected Phillip D. Smith, M.D., professor of medicine and microbiology in the UAB School of Medicine, to receive a $200,000 grant award for his proposal, “Elucidating Protective Mechanisms Against Gastric Cancer.”

Helicobacter pylori infection of the stomach is the leading cause of gastric cancer worldwide and the infection is endemic in Chile, where H. pylori-associated stomach cancer is the second most common cause of cancer-related mortality, says Smith.

Dr. Smith and his colleagues will investigate whether the commensal bacteria (microbiota) of the stomach in children residing in Chile is different from that of adults and whether it may protect children from H. pylori-associated inflammation and thus gastric cancer.

“This information would provide the foundation for a new direction in uncovering the mechanism for gastric cancer,” Smith said.

Additionally, Smith says these findings have the potential to lead to novel strategies to limit H. pylori-induced inflammation and ultimately gastric cancer.

DFF grants bring critical funding to many of the top academic researchers wanting to expand their scientific discoveries and build new collaborations for further research on gastric cancer; specifically H. pylori infection. The DFF seeks to promote and facilitate education and collaborative research on the pathogenesis, early diagnostic, and treatment of upper gastrointestinal malignancies.