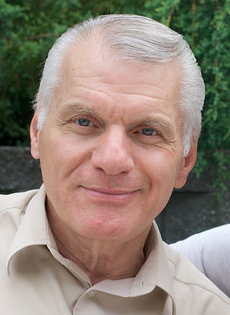 Mere words on a page will never do justice to a man so vibrant, passionate, loving, generous, talented and dedicated.

Dr. Thomas A. Finetti was born and raised in Newark, New Jersey. In 1968, he received his Bachelor’s degree in music and then went on to obtain his Master’s degree (1972) and his Ph.D. (1988) in music and piano performance from New York University.

Dr. Finetti was a gifted pianist. For over thirty years, he appeared as soloist with numerous orchestras, a member of a trio, and the accompanist for notable vocalists in the metropolitan area. Performances in New York’s Carnegie Hall and Town Hall are among his credits.

He was also a passionate music educator. Dr. Finetti served as choral director at Belleville High School (New Jersey) for 38 years, where he shared his love of music with his students. Not only did he teach students to sing and to understand music theory, he also served as a positive role model, father figure, and inspiration for many careers in music and education.

His students truly loved him. You could see the deep-seated respect in their eyes as they watched and admired their conductor – “Doc” – from their perch upon the choral risers during rehearsals and performances. You could see it in the long lines of Bellville High School alumni who showed up each year to join in the singing of the Hallelujah Chorus at the conclusion of the annual Christmas concert, a tradition he started. You could also see it on October 13, 2012, when over 100 of his former students showed up in front of his home in Nutley, New Jersey to serenade him with “Unforgettable”, “You Are the Wind Beneath My Wings”, and, of course, the Hallelujah Chorus, and to encourage him to keep fighting. You can also see it on the hundreds of Facebook entries and on the dedication plaque that hangs in his honor over the choral room of Belleville High School.

Dr. Finetti was a loving husband and father. He was always there for his family, and the memories of our times together will always be cherished. Every day we spent together was a gift. He taught us to love life and each other.
Dr. Finetti fought a long and courageous battle against esophageal cancer, but ultimately, God called him to direct the choir of angels in Heaven. We hope that you will honor Dr. Finetti by making a contribution to the DeGregorio Family Foundation so together we can work toward better treatments and someday a cure.
Doc’s amazing spirit lives on. He is a legend.