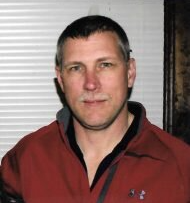 He left behind his wife of 26 years, Kelly and two children, Tom and Caty. Colin was a devoted father to his children. He enjoyed watching them play their sports in high school and college. When possible, he coached them with their sports. Colin was an avid golfer and, enjoyed following SU football and basketball, Miami Dolphins and Oakland A’s. Colin’s family and friends now hold a yearly golf tournament in his memory at Tamarack Golf Club in Oswego, New York.